A group of students from the Marist College in Atlanta Georgia USA visited our school on the 2nd September as part of their trip to Ireland for the College Football Classic between the Boston College Eagles, and the Georgia Tech Yellow Jackets in Dublin.

Dundalk hosted the Atlanta Marist College Cheerleaders, who were such a fantastic group that they and the Dundalk students created an instant bond.  It was remarkable to see the instinctive bond between the Irish and American students. There was surprise that the Marist Crest was basically the same and there was an eagerness to learn about each other.

The visitors were given a brief history of St. Mary’s College Dundalk (which included the links between St. Mary’s and Atlanta) and they were given a tour of the new College which they really enjoyed. Father Jimmy McElroy (Chaplain) welcomed our guests to the Oratory and read an Irish Blessing. Lunch was served and the visitors exchanged gifts with their Irish counterparts.

Unfortunately the time passed so quickly – which always seems to happen at such times – and our visitors had to depart. There is a rumour that a number of stowaways tried to hide out in the College – but were discovered and the plan foiled. The visit was an honour for the Marist College Dundalk because it highlighted the close links between the Marists worldwide.

St. Mary’s College Dundalk would like to sincerely thank the Marist College Atlanta for the wonderful gifts they brought to us which will take pride of place on the walls of the College. 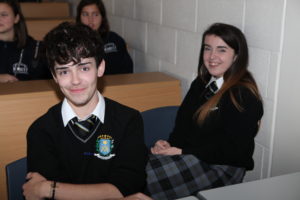 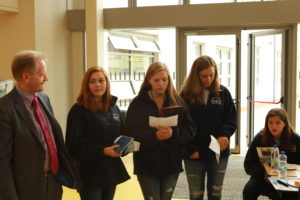 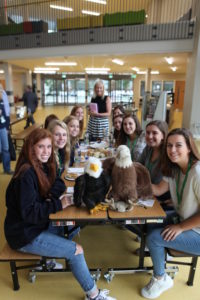 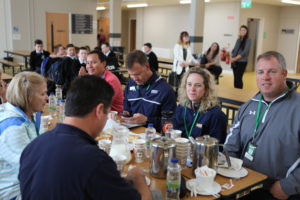 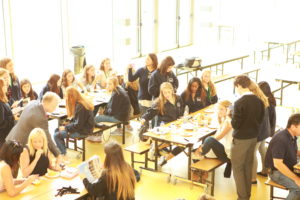 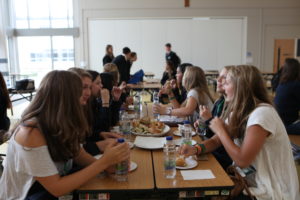 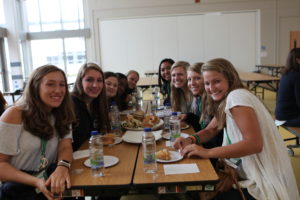