Well done to St Mary’s College U-16 Boys Basketball team who made history in the school by reaching the All-Ireland Final on Tuesday the 28th February 2017. They did it the hard way after coming up short in the regional final against Mercy Ballymahon. They had to take the long route by competing in the preliminary stages against the winners of the South and South West regional competitions in Cork back in January. They beat both teams playing exceptional basketball and in doing so, set up an All-Ireland Semi-Final against Mt St. Michael Rosscarbery in the National Basketball Arena, Tallaght. It was a close game and having gone behind in the first quarter, the lads showed their fighting spirit and battled back to take the lead in the second quarter. They didn’t lose the lead from that position again even after a spirited comeback by Rosscarbery. The team played some fantastic basketball and held out to secure a well deserved win. Thomas Rice, Luke Markey and Elijah Faapito scored some amazing points to get the team in to a winning position while William Ochuba and Dami Abagon were in great form winning rebounds to relieve the pressure on our defence. 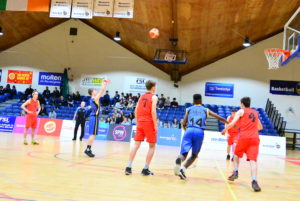 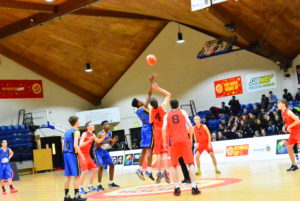 After a fantastic victory in the Semi-final we were through to our first All-Ireland Basketball Final. A bus of supporters came up to cheer on the team as they did in the semi-final and made their presence known by raising the noise levels in the arena. Having played so well throughout the season, it just wasn’t our day as we came up against a very energetic Coláiste na Coiribe from Galway. It was a close match throughout with both teams taking the lead with great scoring from all members of the team. Graham Stevens played particularly well in defence while Elijah Faapito, Thomas Rice and Luke Markey scored some excellent baskets under pressure. Dami Abagon and William Ochuba were causing their defence problems with some great basketball under the basket. While Craig Callan and Dean Carroll didn’t get an opportunity to show their talents as much in the finals, both have made a significant contribution to getting the team to the Final. 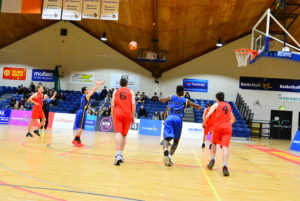 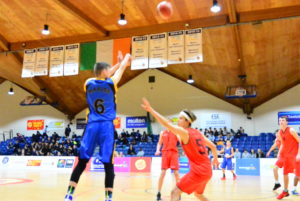 Although it may not have been the colour of medal we wanted from the final, we at St Mary’s College, wish to congratulate the team and coaches for an amazing and historic season. While the defeat in the final may hurt now, we are sure it will spur this team on to greater success in the future. Nothing can take away from the fantastic achievement of reaching an All-Ireland Final and we wish them the very best of luck in their preparations for next season when they will face new opposition as they have been promoted to Divison B after all their success. 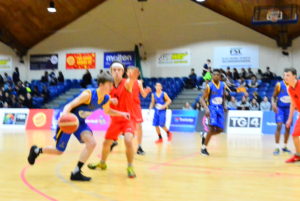 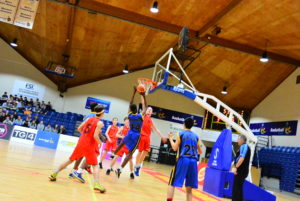 Finally, we would like to thank their Coach, Mr. McShane and their student coaches Tiernán Reilly and Gavin Erasmus who have made a massive contribution to the team’s success. They have given up their time during their Leaving Cert year to coach the team and we wish them the very best of luck in their exams. Well done to everyone involved for an outstanding effort this season in reaching the Regional Basketball Final and the All Ireland Basketball Final.