St Mary’s College Transition Year students had their annual Trade Fair last Thursday. The entrepreneurial spirit was very evident with a wide variety of mini companies selling their wares on the day. It was a highly successful event with lots of hard work put in by the Transition Years, guided by their teachers Ms McArdle and Mr Reilly. The skills learned through the setting up of their mini company will stand to them and we look forward to seeing the paths their careers will take – we have no doubt that among them are our entrepreneurs of the future! 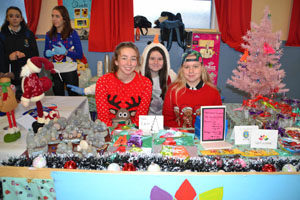 This group are involved with the Maria Gorretti Respite centre in Lordship.This is a children’s respite centre. The group have helped in the making of a sensory board for autistic children and garden features. They will also be involved in helping to landscape the gardens in January. This group is donating all all profits to the Make a Wish Foundation. 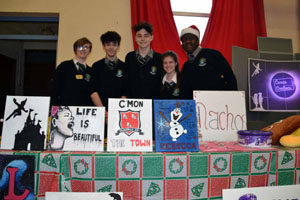 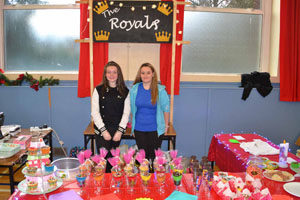 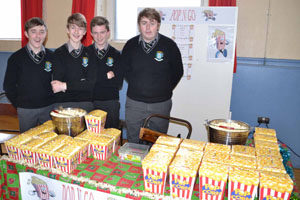 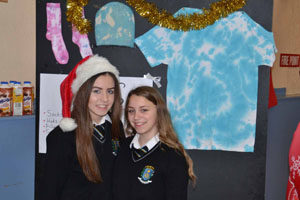 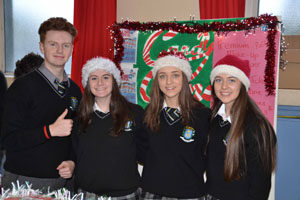 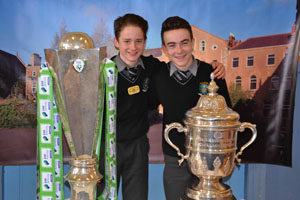 A photo booth at the Marist Trade Fair with the present Marist school building as a backdrop gave students the opportunity to get their photo taken with the Dundalk F.C. trophies. 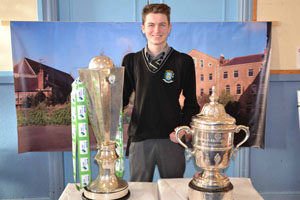