Thursday night in St Mary’s College saw the end of an era when the final Céilí in the old Marist school hall took place. For 38 years the live Céilí music has brought life to this hall every year. The lucky students who are successful in the draw for tickets make the most of this opportunity to dance gleefully and skilfully around the hall. Mr P.J. Ó Náraigh has been a part of this wonderful tradition for most of the 38 years – as he weaves his way up and down the hall with his microphone ensuring that the Waves of Tory ebb and flow as they should. All ages from all year groups dance, guided too by their Irish teachers who have practiced throughout the week with them so they are now familiar with the steps and movements of Ballaí Luimní, Ionsaí na hInse, Baint an Fhéir, Tonnaí Thoraí and Aoibhneas na Bealtaine. The minute one walks into the hall the energy and vibrancy of this unique event can be felt.

It all began in 1977 when the late Fr. Seán Mac Suibhne and Mr Kevin Wynne included a Céilí at the end of Seachtain na Gaeilge. In those days it was held in the Gospel Hall where an attendance of forty or fifty students was a successful night. As Mr Ó Náraigh remembers, ‘At that time, every year was a struggle because of the lack of girls, the Marist was all boys at the time. We often had to get a bus to bring the girls in from as far as ‘The Bush’ school in Cooley. However all my prayers were answered in 1990 when the school became co-ed. Numbers flourished and attendance increased from fifty to four hundred and fifty, and continues at this to the present day’. 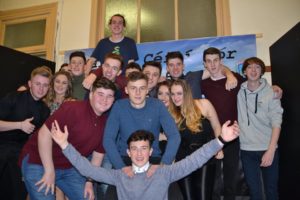 Indeed many past pupils will have fond memories of this special night in their Marist education-many reading this will remember ‘the night of the Céilí’. It is a great night for young people to enjoy Irish dance and culture in a fun and safe environment.

At times like these Mr Ó Náraigh said ‘One ponders on what makes this school a special place. It is my hope that in some way the Céilí Mór contributes to the richness of character and excellence that this school has generated’. We now look forward to the first céilí in the new school hall in 2016. 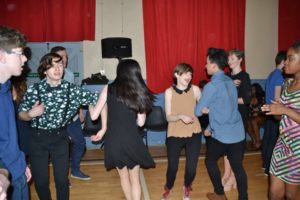 We would love to hear about your Marist memories at this historic time for our school; our past is the foundations of our future. With the opening of our new state of the art school in April there will be new traditions, new subjects, and new facilities in a modern building. It is an exciting time to be at the Marist. Please share them with us through the following email maristcareersam@gmail.com also any photos for the past pupils section of our website would be much appreciated. 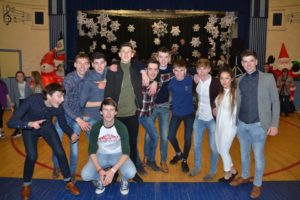