There was great success for the Marist in Gael Linn’s prestigious “Abair” Irish Public Speaking competition on Friday 23rd February, with Rebecca Lambe-Fagan and Naoise Durnin taking 1st and 2nd place in the Junior section of the competition.

Competitors in the Junior Section had to speak about a topical issue as Gaeilge for three minutes each. Rebecca spoke about ‘Na contúirtí a bhaineann le nua-theicneolaíocht’ / ‘The dangers linked to modern technology’ while Naoise spoke about ‘An Ghéarchéim Títhíochta’ / ‘The Housing Crisis’.

Robert Mee-Lucey and Caitlín Rooney took part in the Senior section where they had to speak about a topical issue as Gaeilge for four minutes each. Robert discussed ‘Turasóireacht in Éirinn’ / ‘Tourism in Ireland’ while Caitlín discussed ‘Trump agus na Meáin Shóisialta’ / ‘Trump and Social Media’. They performed outstandingly in what was a hotly contested competition involving schools from across the region.

The speakers excelled on the day, receiving high praise from the judges and Rebecca and Naoise will now proceed to the final of the competition. Comhghairdeas mór leo – maith sibh! 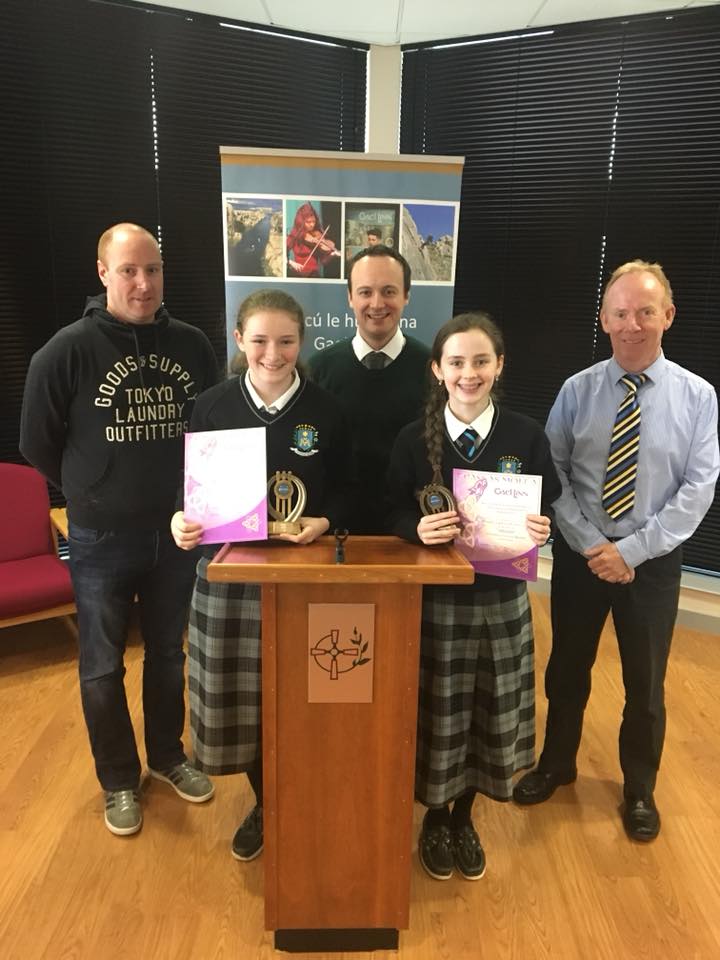 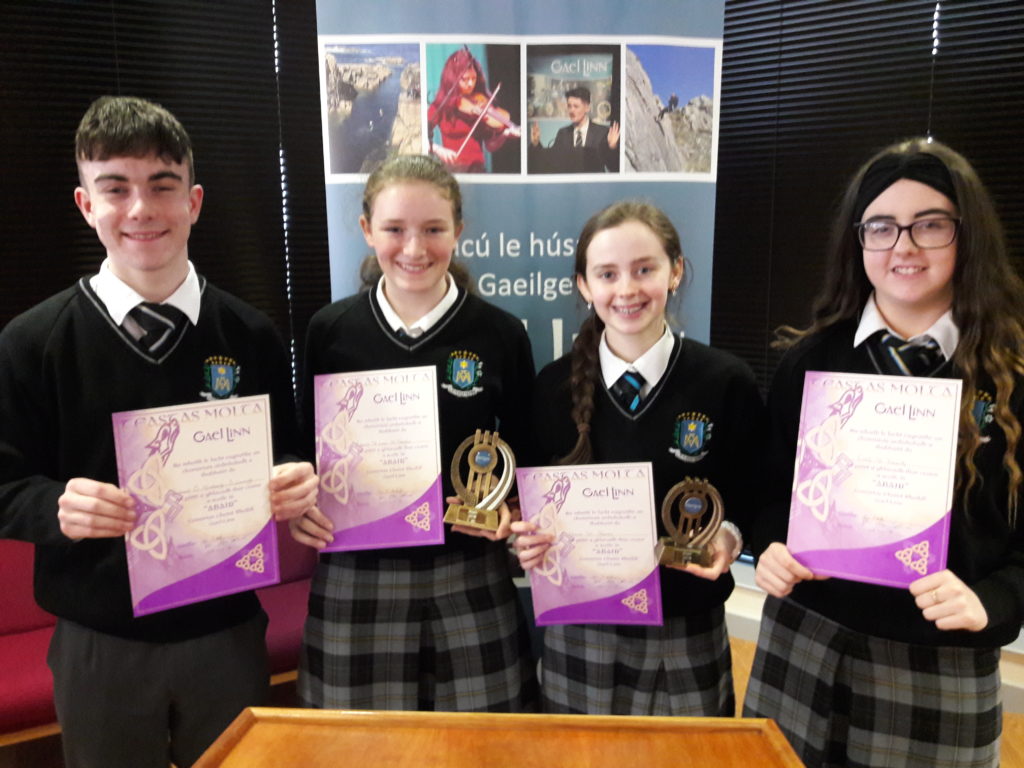